We are proud to work with anyone looking to show our animals. We have a wide variety of calves that could meet your needs. Most of our calves come with some showings in their down lines. We currently have or had calves that have championship bloodlines. These bloodlines include Little Joe, Kessler, Quartermaster, Rusty, Prince and Boxcar. We are super excited about our calves by Demolition.  Demolition's calves could be red or black.  Our entire herd is comprised of Lowline Aberdeen cattle. The majority of our animals are 100% Aberdeen. However, we have Lowlines crossed with Charolais and Belted Galloways as well. Red, white and black, we have them all. 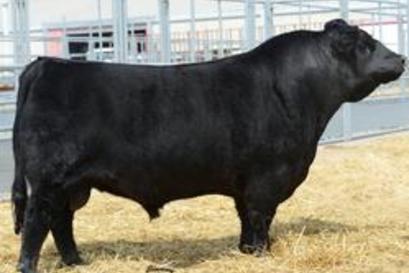 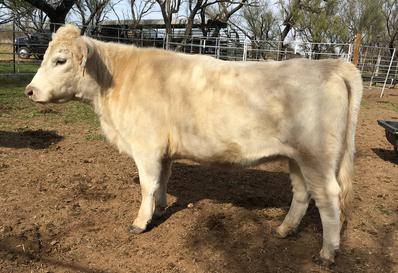 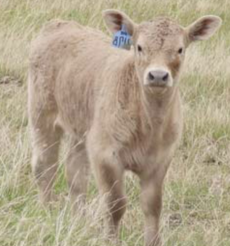 Stay tuned with this calf.  Misty is a Boxcar calf that is 75% Lowline.  You got it, she is a cream colored Lowline.  Misty just had a bull calf by Demolition.  As far as we know, he is the first solid colored, Purebred Lowline in the world! 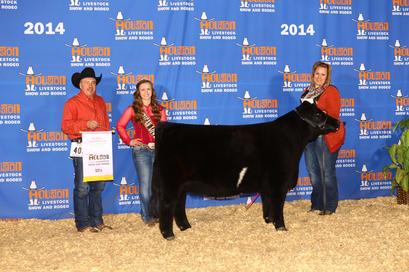 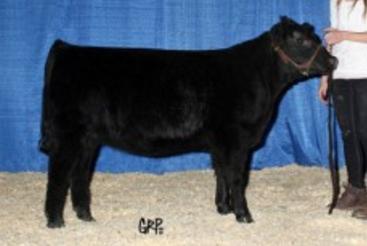 This is a Magic Brenton heifer calf born 4-8-15.  We are excited about this 3/4 blood youngster. 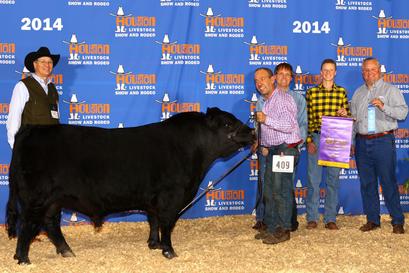 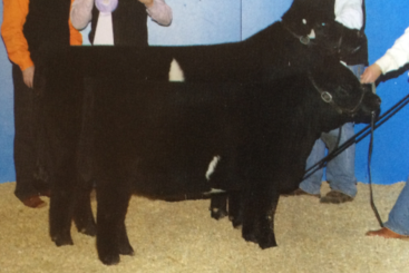 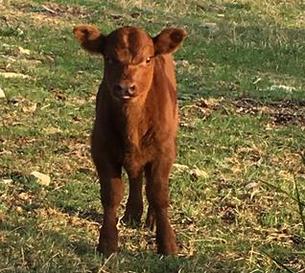 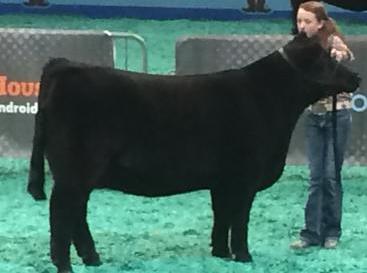 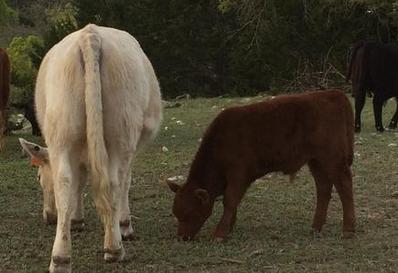 Here are a few pictures of our herd. Enjoy! 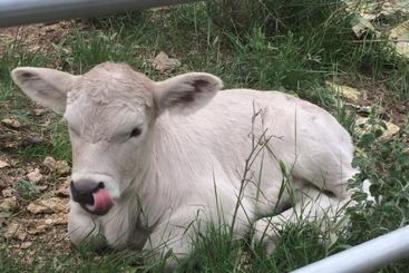 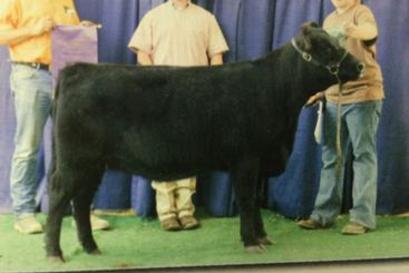 Maizy and Addiction grabbing some dinner.

Maizy is now all grown up and had a RED Demolition calf in the summer of 2017.

Update:  Angelica had a heifer calf from Spartan in September.